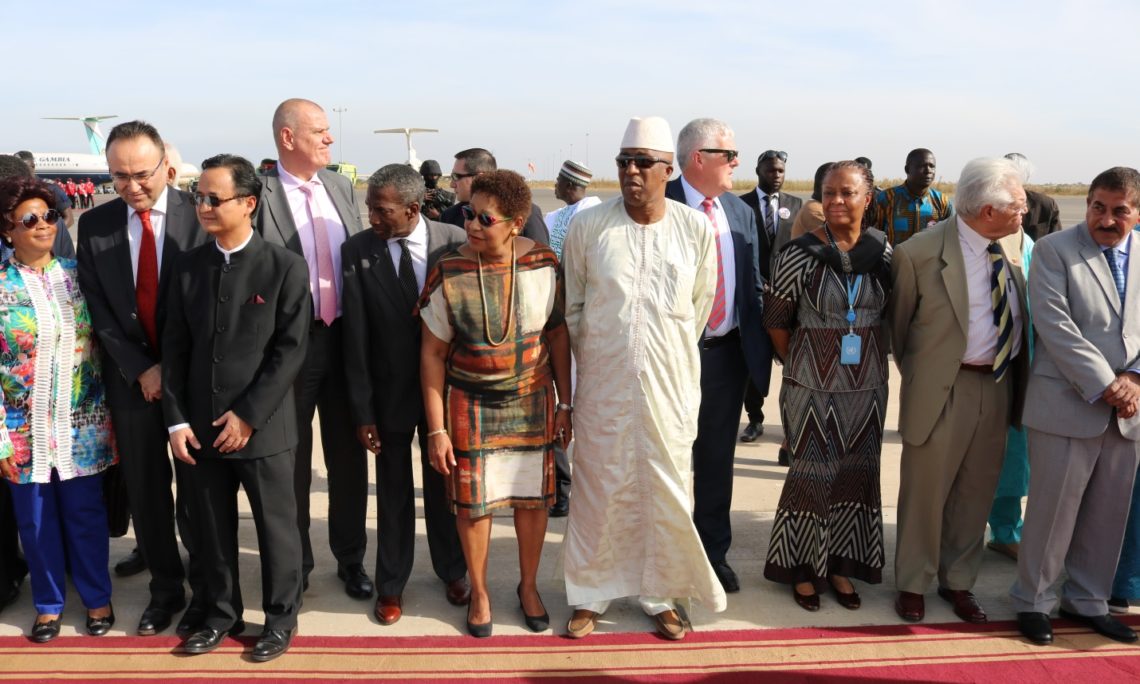 January 26th, 2017, Banjul International Airport: Ambassador C. Patricia Alsup (Sixth from left) joined members of the Diplomatic and Consular Corps on the receiving line to welcome home The Gambia’s newly democratically elected President, Mr. Adama Barrow. President Barrow returned after 11 days in Senegal where he was sworn-in at the Gambian Embassy in Dakar.