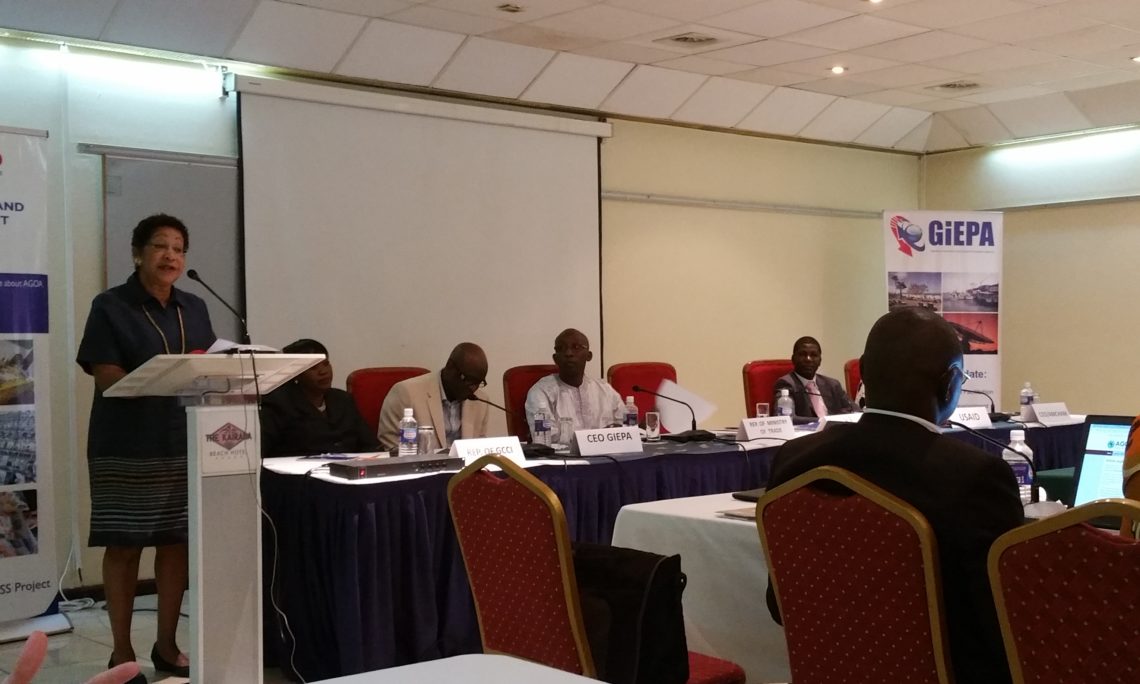 The United States Ambassador to The Gambia, C. Patricia Alsup on May 9 presided over an African Growth and Opportunity Act (AGOA) workshop in Banjul, using the opportunity to reaffirm the United States Government’s commitment to restoring and expanding its trade links with The Gambia.

The AGOA workshop was organized in partnership with the Gambia Investment Export and Promotion Agency (GIEPA), and the United States Agency for International Development (USAID). The workshop symbolizes the genuine desire of the United States Government and its various agencies to help The Gambia and the local private sector access the large and highly lucrative U.S. market.

Ambassador Alsup enjoined The Gambia to take advantage of exporting local products that can enter the U.S duty free under AGOA.

She remarked: “The Gambia should be able to export nuts, fruits and juices, but the products need to be properly developed and branded and packaged. Efforts should be made to export processed rather than raw products to the U.S. to increase the value added. We urge the government of The Gambia and the private sector to enthusiastically tap into all AGOA channels to increase bilateral trade with the United States. We know that The Gambia is open for business and we are too.”

The U.S. Ambassador said The Gambia’s AGOA eligibility reinstatement is a testament to improved bilateral relations between Washington and Banjul and their mutual desire to see democracy, human rights, and economic prosperity flourish in The Gambia.

“The two sectors that have the greatest immediate potential to benefit from AGOA in The Gambia are the fishing industry and the apparel and garments industry. Gambian fish was already being exported to the U.S. under AGOA prior to 2015. Now it’s time to refocus, get back on track and pick up where you left off,” she urged.

AGOA provides Sub-Saharan African countries the opportunity to export a wide range of products to the U.S. market duty-free and quota-free. AGOA covers an expanded list of 6,400 products from Africa, including handicrafts and footwear, fish and fish products, textile, and apparel, which are some key items produced by The Gambia.

The Gambia lost its AGOA eligibility in 2015 due to human rights abuses and the deterioration of the rule of law. Three years later, the decision to reinstate The Gambia’s AGOA eligibility is a recognition of all the progress made by The Gambia under leadership of President Adama Barrow to strengthen the rule of law, improve human rights and support political pluralism and democracy.