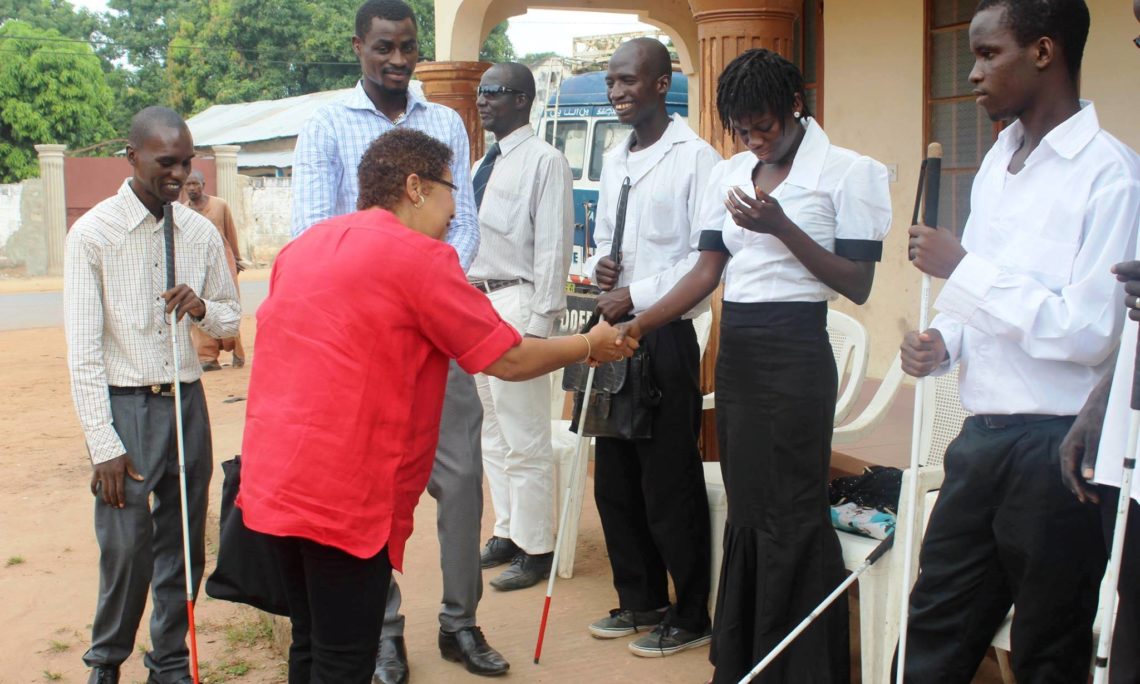 During her outreach to Lower River Region, the Ambassador visited Start Now Organization’s Rehabilitation Center of Technology on November 1.  This disability-focused organization was partially funded with a grant from Embassy Banjul’s Public Diplomacy Section.  Founded by a visually-impaired 2015 Mandela Washington Fellow, Start Now strives to empower visually-impaired high school graduates by providing a nine-month computer literacy, orientation and rehabilitation training.  Since its inauguration in May 2016, the organization has supported 15 blind and sight-impaired clients from across The Gambia.   Three of Start Now’s first cohort of beneficiaries spoke to Ambassador Alsup, crediting the organization’s training in enhancing their skills and resulting in successful employment.  Ambassador Alsup commended the organizations’ campaign for empowerment, recognition and inclusion of persons with disability in all sectors in the Gambia.