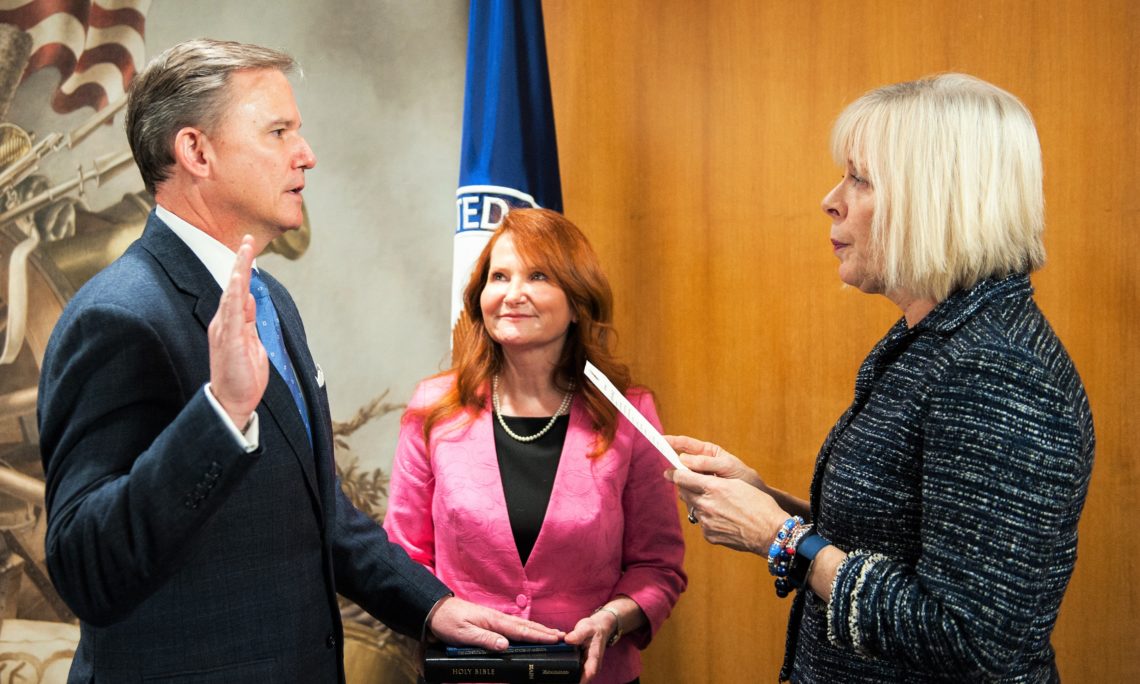 Richard “Carl” Paschall, a career member of the Senior Foreign Service with the rank of Minister Counselor, is Ambassador Extraordinary and Plenipotentiary of the United States of America to the Republic of The Gambia. Ambassador Paschall was nominated by President Donald J. Trump on August 16, 2018 and was confirmed by the United States Senate on January 2, 2019.  Until August 31, 2018, Mr. Paschall served as the Deputy Counterterrorism Coordinator for Operations Policy and Military Coordination, a Deputy Assistant Secretary of State-equivalent position.

Prior to his assignment in the Counterterrorism Bureau, Mr. Paschall was the Director of the Office of Central African Affairs (2015-2016), and the Deputy Director for Regional Affairs in the Office of Regional and Security Affairs, Bureau of African Affairs (2013-2015). Other assignments include as Foreign Policy Advisor to the Commander – Special Operations Command Africa (2009-2012), Director of the Office Allowances, Special Assistant to the Under Secretary for Management, Senior Watch Officer in the Department of State’s Operations Center, and Country Desk Officer for the Democratic Republic of the Congo and Burundi in the Office of Central African Affairs. He served on the National Security Council staff during the Administration of President George W. Bush (2001-2002), and his overseas assignments include service at both the U.S. Embassy in Baghdad, Iraq (2006-2007), and an extended temporary assignment at the U.S. Embassy in Kabul, Afghanistan (early 2002). Additional overseas assignments include at the U.S. Embassies in Chad and the Bahamas, and at the U.S. Consulate General in Jeddah, Saudi Arabia.

Mr. Paschall joined the Foreign Service in October 1991 following graduation from the University of North Carolina at Chapel Hill with a Bachelor’s Degree in Economics and International Studies. He holds a Master of Science Degree in National Resource Strategy from the Dwight D. Eisenhower School for National Security and Resource Strategy at the National Defense University. While born at Brooks Army Medical Center in San Antonio, Texas, to Colonel Richard Paschall Jr. (U.S. Air Force, retired) and Patricia Paschall, Mr. Paschall’s family roots are in the state of North Carolina. Mr. Paschall is married to Colonel Jane Ellen Miller Paschall (U.S. Army, Judge Advocate, retired), an attorney with expertise in international law, military justice, and rule of law capacity building, and is the proud father of two adult sons. Mr. Paschall speaks French and Arabic, and is studying Wolof and Mandinka.

For more information about Ambassador Paschall, please see the following: