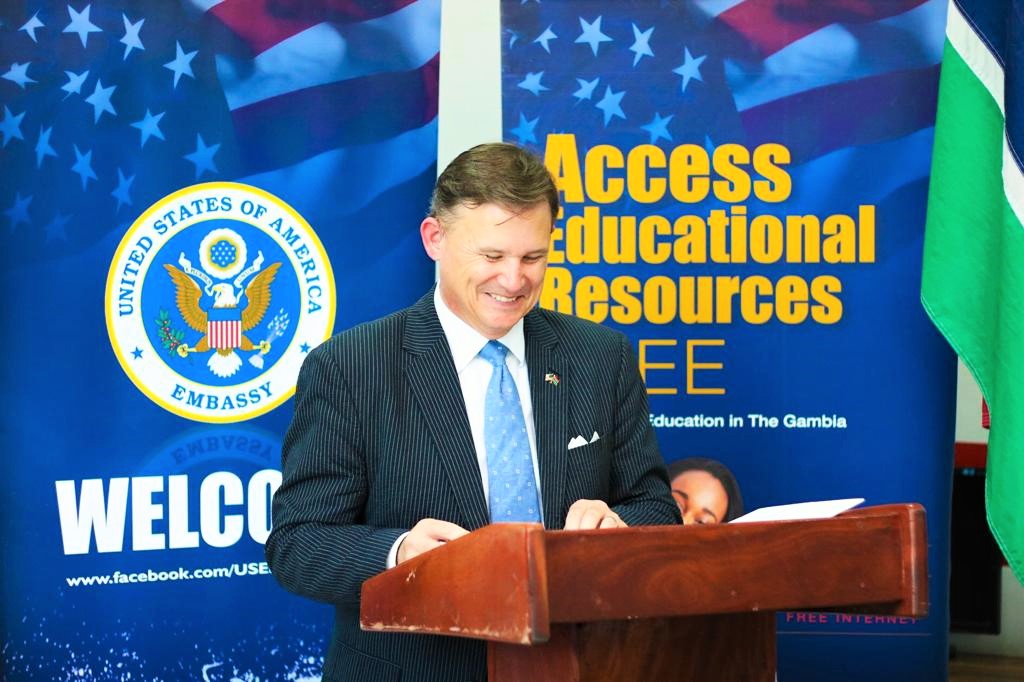 Ambassador Paschall joined Minister of Tourism and Culture, Hamat Bah to celebrate Juneteenth at the American Corner Comium.   The corner commemorated this historic day by screening the last episode of the 2016 remake of Alex Haley’s Roots which tells the story of Kuntah Kinteh, a young man who was kidnapped from The Gambia and sold into slavery in the United States.  Dozens of representatives from civil society, human rights organizations, the University of The Gambia, and government officials attended the event and local media covered the remarks and discussion.  Ahead of the June 20 scheduled release of the annual Trafficking In Persons report, the Ambassador included a message about the legacy of slavery and the importance of modern measures to combat human trafficking. “The institution of human bondage, of slavery, simply cannot be excused or pardoned. This is a painful legacy – a shared legacy – between African and American peoples. Even today, modern slavery continues to exist in many countries.  And, of course, many countries face significant challenges related to human trafficking and exploitation, to include sexual exploitation and forced labor.  Neither the United States nor The Gambia are immune from the continued scourge of human exploitation.”