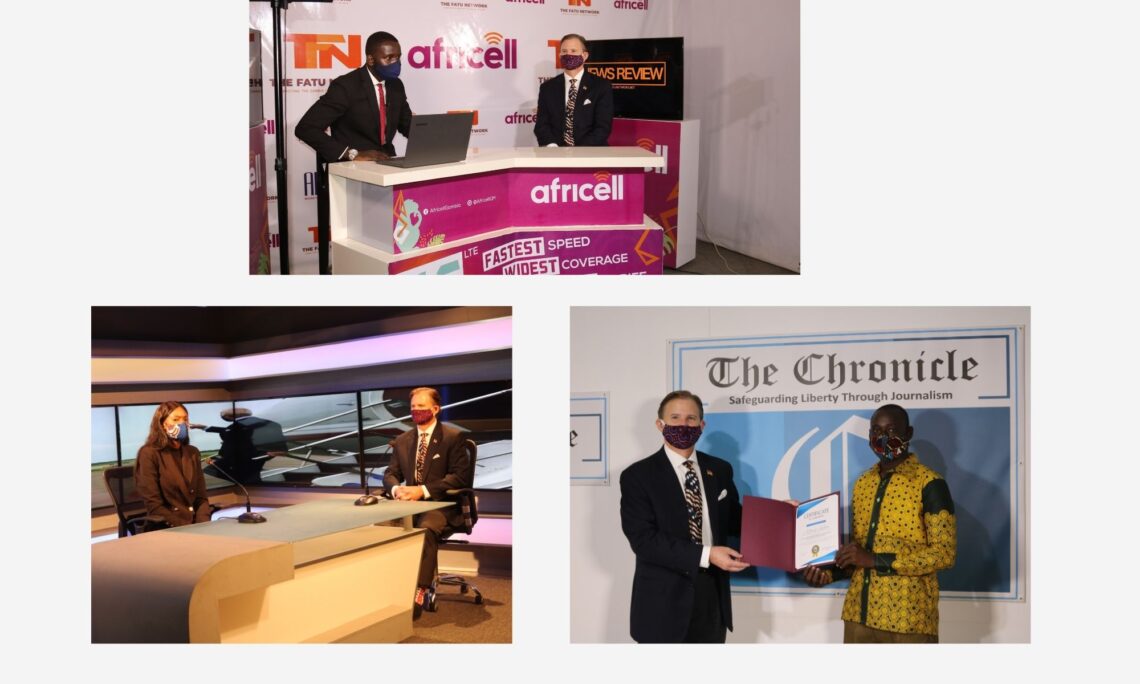 On January 20, Ambassador Carl Paschall held three one-on-one interviews with the local journalists who participated in the Foreign Press Center’s U.S. Presidential Elections Virtual Reporting Tour.  The press engagement was part of activities celebrating the inauguration of Joseph R. Biden as the 46th President of the United States.  In the interviews, the Ambassador thanked the three journalists for their effective and robust coverage of the complex U.S. electoral process.  “The ability of the Gambian media to cover the U.S. electoral processes and offer insights into how the American electoral process works was really invaluable to explain to the Gambian public,” the Ambassador told Journalist Lamin Njie, a well-respected journalist with the popular Fatu Network.  The Ambassador underscored, “Free press is vital, and part of that is delivering fact-based information so that the citizens of any democracy can understand better the issues being debated and candid conclusions about where they want their government to go.”  Responding to questions on what the future looks like for the United States given that it is wrestling with numerous challenges from political polarization to the pandemic, the Ambassador said, “One of the things that I think makes the United States quite unique is that we have faced a lot of very challenging times in our history, even in our recent history. And then we tend to hold the mirror up to ourselves pretty well – pretty self-critical when it comes down to it. We do look for ways to improve and make ours a perfect union. There is no perfection in this world, but we are thriving to be more perfect. Yes, there are a number of issues that are deeply polarizing. I think one of the things that is really important to underscore is that in any healthy democracy it takes a competition of ideas. And that means coming to the table with others who may not agree with you – but putting out your vision for why you think that your approaches are more helpful to the nation than someone else’s.”  The Ambassador also underscored that the entire U.S. electoral process demonstrated that the American people are passionate about their democracy and that democracy is alive and well.