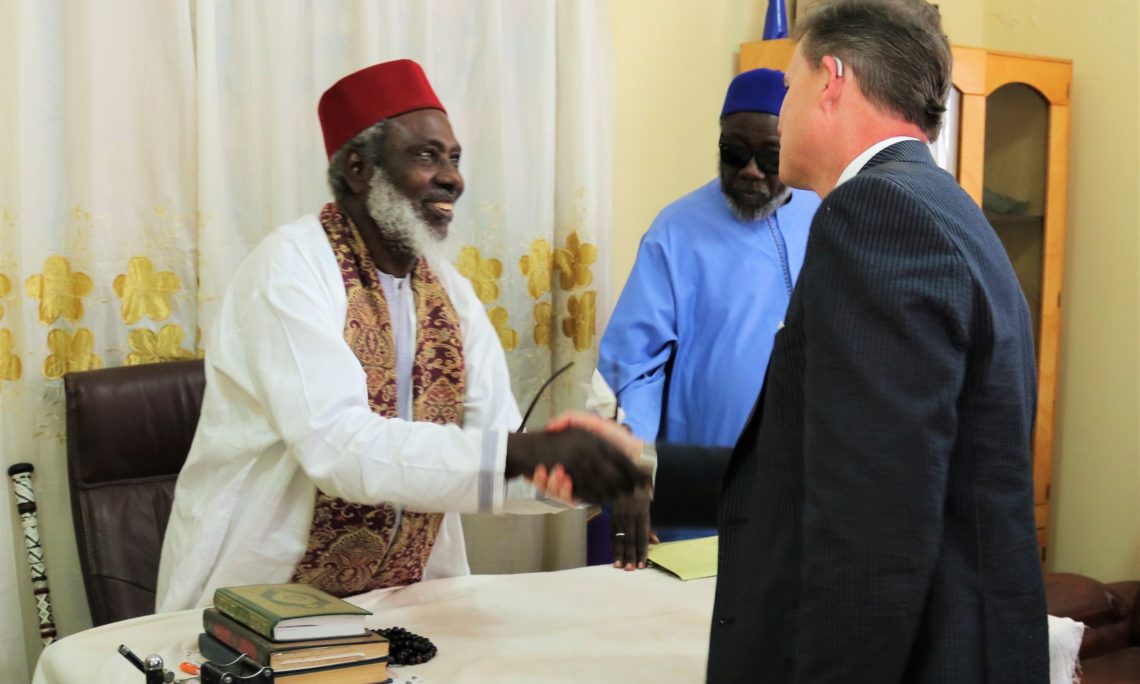 Ambassador Paschall led a delegation of the United States Army Chaplains in a discussion with the senior members of the Banjul Muslim Elders’ Committee and the Imam of King Fahad Mosque, the main mosque in Banjul.  The Committee discussed religious freedom, co-existence, the role of religious leaders in strengthening peace among different faiths in The Gambia.  Imam Ratib Alhagie Alieu Mass Kah welcomed the Ambassador and declared that as religious leaders, they are committed to nurturing peace as it is the basis through which religious obligations are fulfilled.  He provided important information on how Islam and Christianity, the two main religious denominations in the country, are at peace with each.  He said the country’s Muslims and Christians have been living side by side for centuries in peace and harmony.  The Ambassador said he is impressed by the peaceful coexistence in The Gambia, “In the Gambia there isn’t just religious tolerance, there is a religious acceptance.”   The group also discussed the ongoing Truth, Reconciliation, and Reparations Commission proceedings.  The religious leaders counseled that those who accept what they have done should be granted forgiveness and this will allow the country to heal.