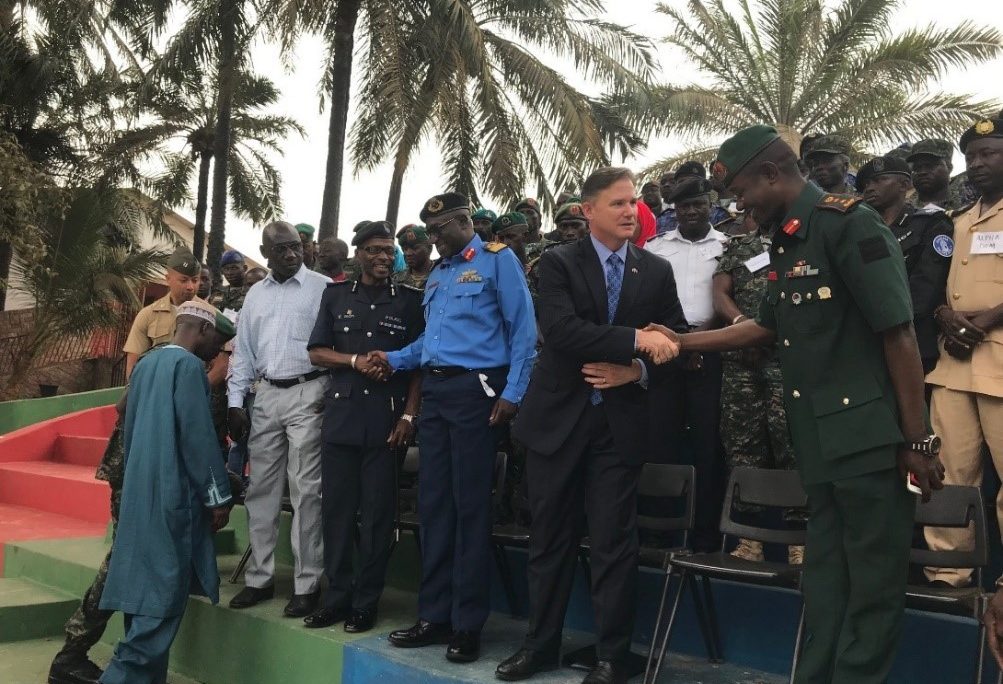 At the closing ceremony of the U.S. Embassy-Sponsored Civil-Military Relations seminar, Ambassador Paschall delivered remarks and congratulated participants.  The State Department-funded summit was a collaboration between the U.S. Embassy Dakar-based Office of Security Cooperation, the U.S. Institute of Security Governance (formerly the Center for Civil-Military Relations), and The Gambia Armed Forced (GAF).  Participants joined teams that were made up of members of both military and civilian security sector members, civilian government employees, members of the press, and NGO representatives.  General Kinteh delivered remarks noting hat he had attended such a seminar in 2008, and exhorting participants to continue to develop the cooperation and collaboration they developed during the seminar.  Kinteh emphasized the importance of the ongoing development of a Security Sector Reform strategy to the future of Gambian democratic governance.  The participants showed their team spirit and comradery by demonstrating the chants and cheers they created during the program.  The Ambassador handed out certificates of participation, and congratulated all participants individually and thanked them for their service.  Ambassador Paschall took advantage of Gambian media coverage of the seminar closing ceremony to deliver remarks supporting the previous day’s announcement by the Gambian Attorney General and Minister of Justice that the government is moving to seize assets belonging to former President Yahya and one of his close associates, Mohamed Bazzi, based on information contained in the report of a Commission of Inquiry established in 2018 to investigate Jammeh’s financial crimes.  The Ambassador emphasized the urgency for the government to engage with the National Assembly to strengthen The Gambia’s anti-corruption statutes, and improve the government’s capacity to investigate and prosecute financial crimes.