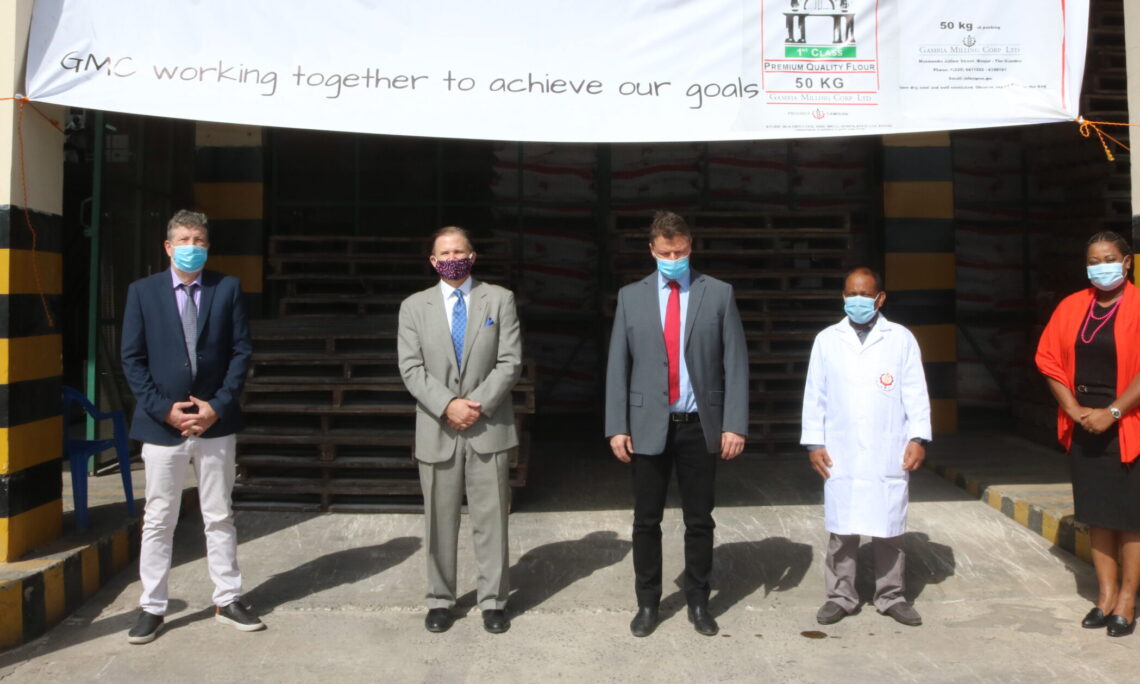 On January 21, Ambassador Carl Paschall visited Banjul-based Gambia Milling Corporation (GMC), a U.S. – Gambia joint venture launched in 2013 between Kansas-based Seaboard Corporation and Gambian partners to mill, produce, process and market enriched flour and other derivative products.  This nearly $20 million dollar investment directly employs approximately 100 Gambians, and has begun marketing “Made in The Gambia” flour in the country and exporting to Senegal, with plans to expand exports into Guinea-Bissau under the African Continental Free Trade Agreement. GMC management provided a tour of the production line, explaining in detail GMC’s processes that include testing every batch of grain and every lot of produced enriched flour for purity and composition. Currently undertaking a comprehensive review of its human resources, GMC has provided in-depth professional, technical and trades training both in The Gambia as well as in several other African countries and Europe for GMC professional staff.  In response to a question from Amb. Paschall, GMC confirmed that significant delays at the Port of Banjul incur significant charges – hundreds of thousands of dollars a year – that are a significant impediment to smooth and efficient business operations.  As an American company, GMC management emphasized that unlike companies from many other countries, they are bound by the U.S. “Foreign Corrupt Practices Act” which makes it a criminal offense in U.S. courts for officials of U.S. companies to engage in corruption. GMC noted they are deepening their engagement with the Gambian government, noting a recent highly productive meeting with the Minister of Trade and Industry, Hon. Mr. Seedy Keita, who committed support for GMC’s current and planned export efforts. The company is making positive contributions to the socio-economic development of The Gambia by providing skilled employment opportunities for Gambians, enhancing the national economy, transfer of technology, and training and capacity building.