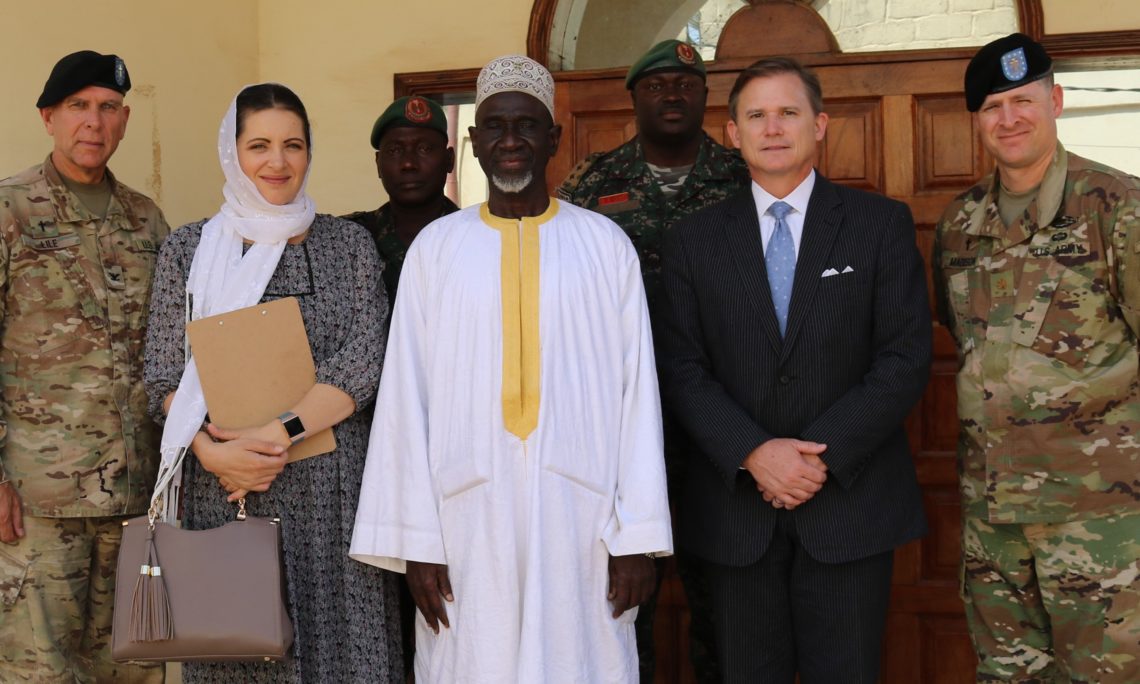 Ambassador Paschall recently led a delegation of the United States Army Chaplains to the Supreme Islamic Council (SIC) where he held talks with the Council’s Vice President, Imam Sheriff Badjan.  Imam Badjan explained the functions of the Council, saying one of its primary roles is to provide oversight on activities carried out by visitors in The Gambia in the name of Islam.  He said the Council works closely with the government through the Ministry of Interior to provide information and recommendation on such activities.  The Imam also explained that the Council plays a key role in solving disputes among Muslims.  He underscored the importance of promoting peace among people, and said the Council looks forward to working with the United States in fostering global peace.  Imam Badjan commented on the people-to-people relations between the two countries, saying that everyone in The Gambia has at least one relative in the United States. Ambassador Paschall thanked the Imam for the reception, and said he has deep sense of respect for Gambians for their remarkable tolerance and acceptance of each other.  The Gambia Supreme Islamic Council (GSIC) was established in 1992 to serve as a unifying voice for all Islamic-related activities.  It consists of approximately 50 volunteer Islamic scholars.  The Council helps educate Gambians on Islam and is responsible for setting Muslim holidays, such as Ramadan, Tobaski (Eid al Aha) and Koriteh (Eid el Fitr).