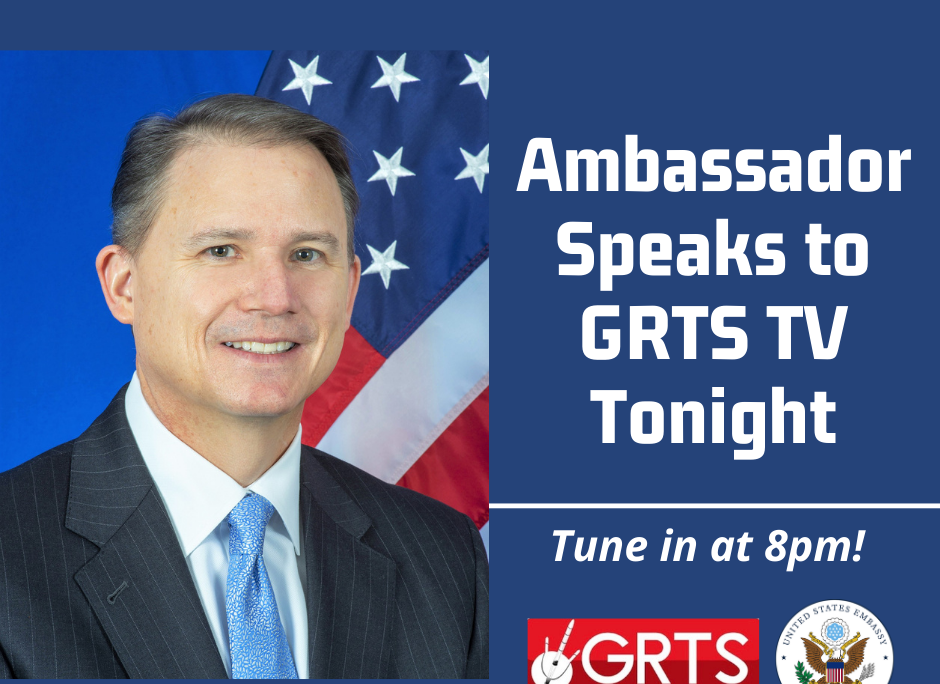 On January 12, Ambassador Paschall appeared live on the Gambia Radio and Television Services’ (GRTS) prime time 8 p.m. newscast. In the six-minute-long interview, the Ambassador answered questions on the significance of Congress’s certification of President-elect Biden, lessons learned from the U.S. election, and his take on the upcoming Gambian election. The Ambassador stressed that democracy is not static, and that it requires all citizens to participate in the political process, become educated on the facts, and engage. He also addressed the events of January 6, stating that while the freedom of speech and freedom of expression are cornerstones of the American constitution, peaceful protest cannot be a cover for violent actions that seek to intimidate and overturn a legitimate election. GRTS, the national broadcaster, is the country’s largest television network, reaching half the nation’s population. The prime time news bulletin is one of the two most-watched news programs in The Gambia. The interview is available on the embassy’s Facebook page.