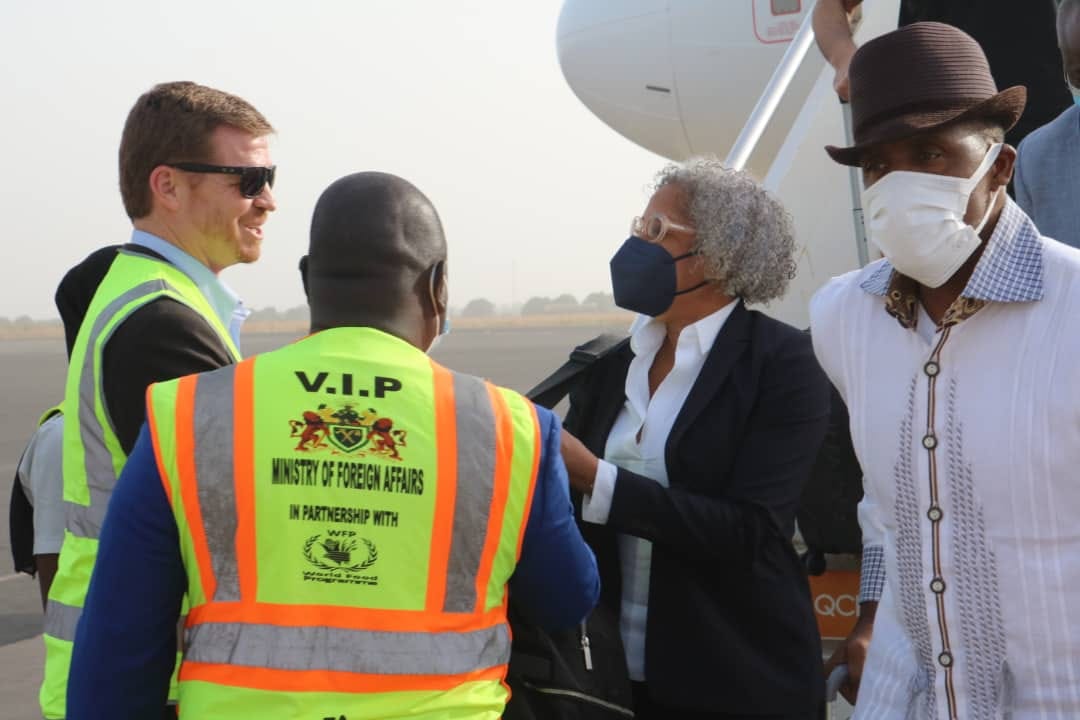 The new Ambassador of the United States to The Gambia, Sharon L. Cromer, arrived in The Gambia on Monday, March 14, 2022. Ambassador Cromer was received at the Banjul International Airport by Ebou Sillah, Chief of Protocol, Ministry of Foreign Affairs, and Deputy Chief of Mission at the U.S. Embassy in Banjul Jason Willis. She is joined by her spouse, Arnold S. Sobers Jr.

Ambassador Cromer was nominated by President Joseph R. Biden to serve as Ambassador of the United States to The Gambia on June 23, 2021, and was confirmed by the U.S. Senate on December 18, 2021.  She was sworn in as U.S. Ambassador Extraordinary and Plenipotentiary to the Republic of The Gambia on January 27, 2022, in New York by the U.S. Representative to the United Nations, Ambassador Linda Thomas-Greenfield.

Ambassador Cromer graduated from Barnard College, Columbia University, with a Bachelor of Arts degree in Political Science and from Georgetown University Law Center with a Juris Doctor degree.  She is a recipient of a Presidential Rank Award, the USAID Administrator’s Reengineering Award, a State Department Superior Honor Award, and multiple performance awards for her more than three decades of service. Before arriving in The Gambia, Ambassador Cromer met with Gambian diaspora leaders and New York City Commissioners Manuel Castro, Fred Kreizman, and Edward Mermelstein.