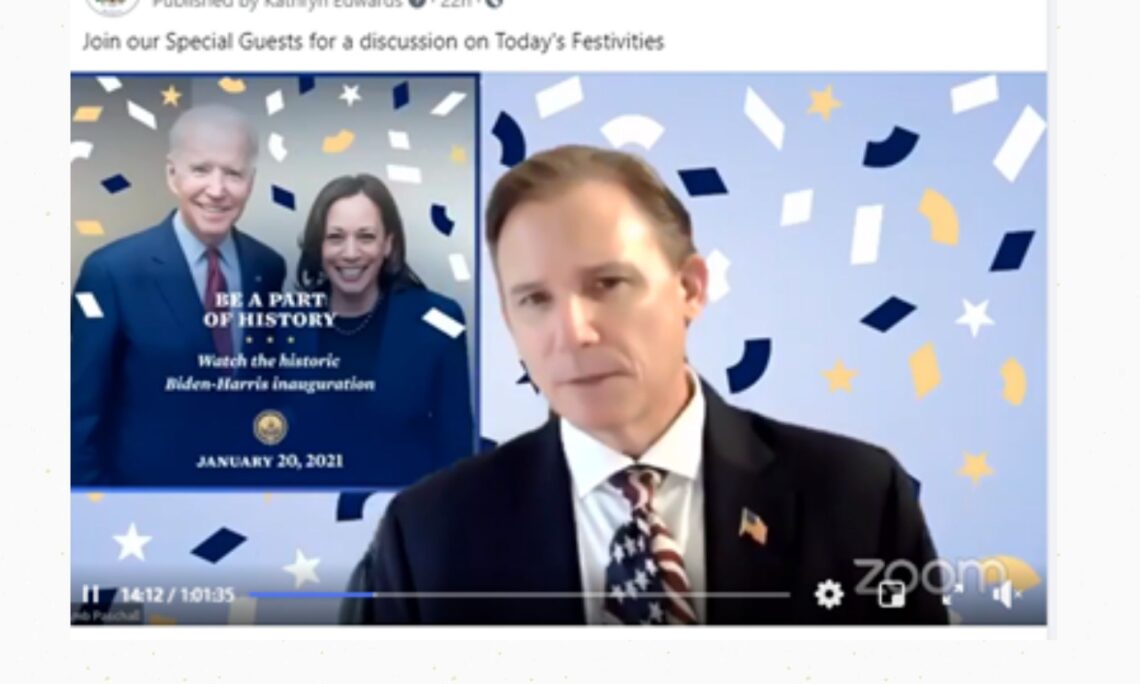 On January 20, Ambassador Paschall joined a distinguished panel to discuss the inauguration of Joseph R. Biden, the 46th President of the United States. The panel featured leading voices on democratic values in The Gambia –  Madi Jobarteh of the Westminster Foundation, Bakary Fatty of the Commission on Political Debates, and Nyimasata Camara of The University of The Gambia.  The event highlighted the importance of civic and youth participation in the democratic and electoral process.  The panelists reflected on lessons learned from the U.S. elections that are key for the upcoming Gambian presidential elections later this year.  The panel was also joined by Ousman Njie from The Gambian Embassy in Washington, DC who shared Ambassador Fadera’s, the Gambian Ambassador’s message that the new Biden administration offers a renewed opportunity to further strengthen bilateral ties, especially exploring the opportunity of expanding the volume of trade between the two countries.  Public Affairs Officer Kathryn Edwards moderated the discussions. The livestream reached around 12,000 people, was viewed 4600 times, and shared 29 times.