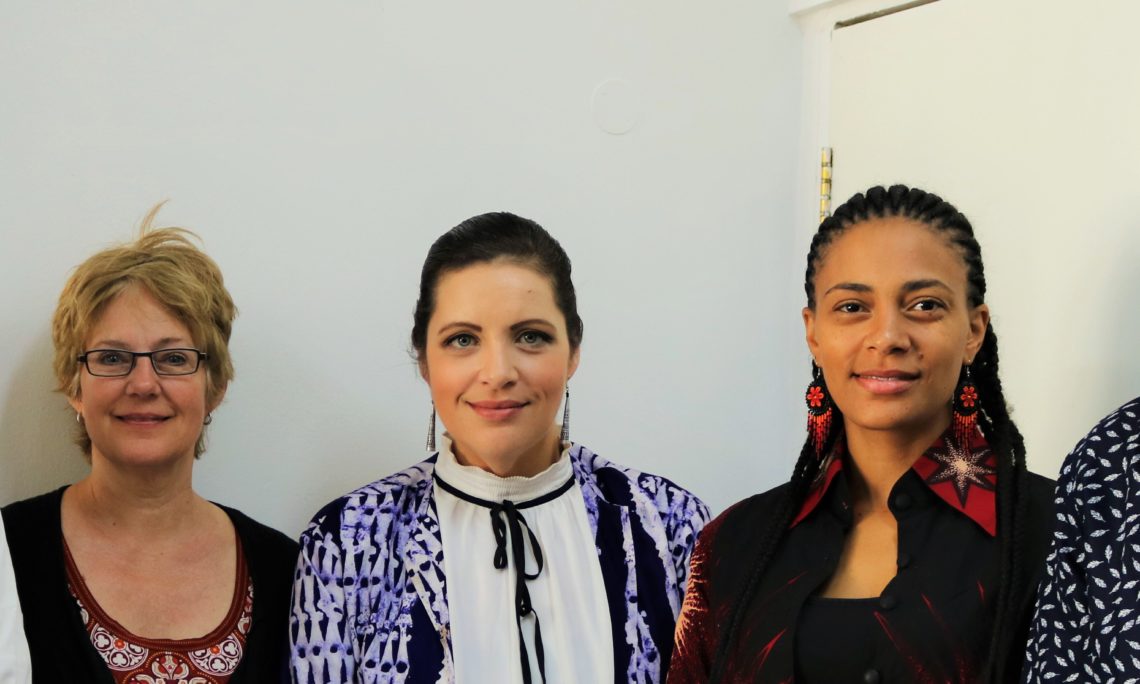 Gambia’s Sona Jobarteh, the first female Kora virtuoso to come from a prestigious West African griot family, met with Chargé d’Affaires, a.i Shelly Seaver, PAO Kathryn Edwards and Pol/Econ Officer Youliana Sadowski to discuss her upcoming U.S. tour and her philanthropic project, the Gambia Academy of Music and Culture.  Sona is best known for the song “Gambia,” which has over six million views on YouTube.  Sona will be heading to the United States for a tour to promote tourism in The Gambia.  Beyond international performances, the young singer/songwriter set up The Gambia Academy of Music and Culture to address important issues The Gambia is facing.  The school started in 2015 with 25 students who are learning not just traditional courses, but also about Gambian music and traditional art forms.  The Gambia Academy is set up on four pillars: rigorous education, preserving traditions, gender equality, and social/economic empowerment.  U.S. Embassy representatives underscored that the U.S. government is committed to improving education for Gambia’s outsized youth population and discussed opportunities to partner on upcoming projects aimed at improving the school experience for children throughout the Gambia.  The Public Affairs Section maintains relationships with influencers, including artists and musicians, who use their platform to improve the lives of Gambians.