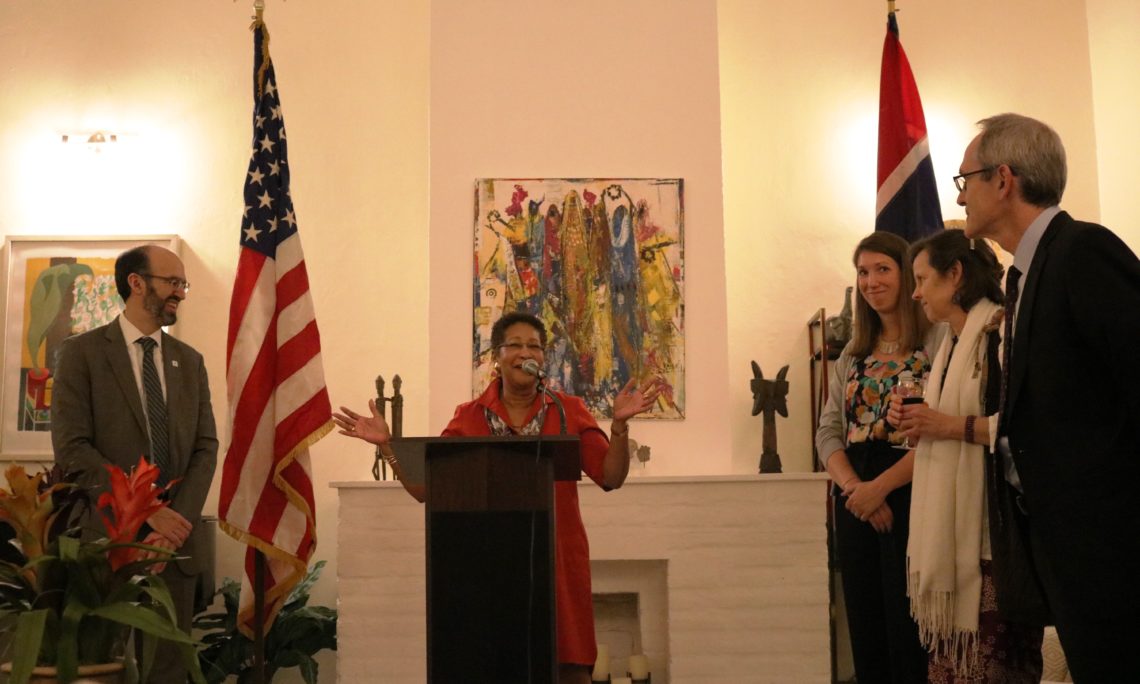 A delegation from the U.S. Government’s Millennium Challenge Corporation (MCC), led by MCC Acting Vice President for the Department of Policy and Evaluation Thomas Kelly, visited The Gambia recently to discuss the development of an MCC threshold program to reduce poverty and promote economic growth in partnership with the Government of The Gambia.  The Gambia was selected by MCC’s Board of Directors as eligible for an MCC threshold program in December 2017.

During their visit to The Gambia, the U.S. delegation met with senior government officials, civil society and private-sector leaders to discuss MCC’s approach to reducing poverty through economic growth and the threshold program development process going forward.

“The decision by MCC’s Board of Directors to select The Gambia for a threshold program follows a watershed moment for democracy in The Gambia, with successful elections in 2016 resulting in a democratic transfer of power for the first time in over two decades,” said MCC Acting Vice President for the Department of Policy and Evaluation Thomas Kelly.  “This new collaboration is an opportunity for The Gambia and the United States to strengthen our relationship around the shared goals of reducing poverty through economic growth.”

“I am so pleased that The Gambia has been selected for a threshold program,” said U.S. Ambassador to The Gambia, C. Patricia Alsup.  “This really shows that the United States recognizes the efforts The Gambia has made to achieve its democratic and economic aspirations following 22 years of human rights abuses and financial thievery, and is committed to partnering with The Gambia to realize those aspirations.”

Using a country-led approach that reflects a country’s own priorities, MCC provides time-limited grants and assistance to developing countries that meet rigorous standards for good governance, from fighting corruption to respecting democratic rights.  Working with local partners, MCC threshold programs focus on addressing some of the most significant constraints to economic growth through policy and institutional reform.

During the threshold program development process, MCC and the Government of The Gambia will jointly conduct a rigorous economic analysis – called a “Constraints to Economic Growth Analysis” – to determine the most significant factors constraining growth in the country.  That analysis will inform the development of MCC projects under the threshold program.  The threshold program will focus on policy and institutional reforms that encourage economic growth, although the specific sectors are still to be determined.  Program development typically involves 18-24 months of analysis and planning before a grant agreement is signed.  The process also includes consultations with civil society and the private sector in The Gambia.

Kelly concluded, “We look forward to engaging with The Gambia and advancing this new partnership in West Africa, a region where MCC already has a strong presence and relationships.”  In the West Africa region, MCC has compacts or threshold programs in implementation in Côte d’Ivoire, Sierra Leone, Liberia, Ghana, Benin, and Niger as well as a compact in development in Senegal.

Learn more about MCC at www.mcc.gov.