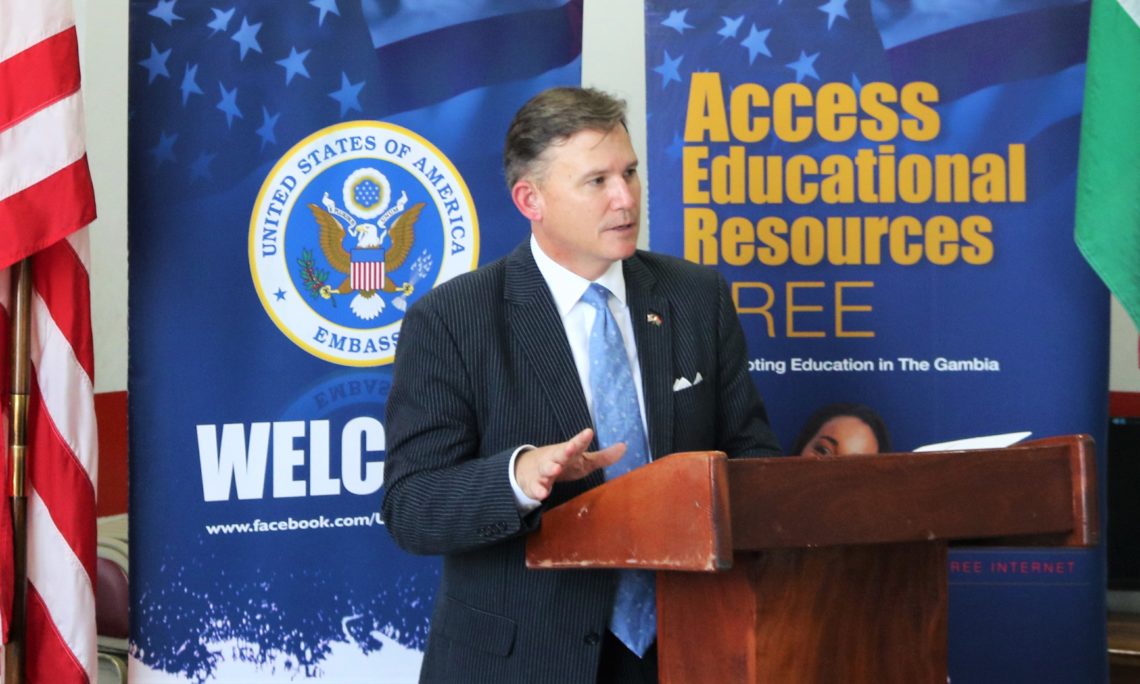 I am grateful for the many messages of support received from our Gambian friends and partners as we all watched with profound dismay and anger the unacceptable effort of a few to undermine through mob violence the decision of the many American people who voted in record numbers in our November election. They did not succeed.

The United States Congress reconvened a few short hours later, completed its Constitutionally mandated count of the Electoral College vote and affirmed the election by the United States of America’s citizens of Joseph R. Biden, Jr. and Kamala D. Harris as our nation’s next President and Vice President. They will be sworn into office and a peaceful transfer of power will occur on January 20, 2021.

Freedom of speech and expression are cornerstone rights of Americans under our Constitution – but to paraphrase President-Elect Biden, this was not dissent; it was disorder and lawlessness by a small number of extremists.  Leaders from across the American political spectrum have called for those who used the right of peaceful protest as a cover for violent destruction to be held accountable in accordance with the rule of law.

Gambians and Americans share the fundamental belief that only a government of the people, by the people, and for the people can truly succeed. The United States is always striving to “…form a more perfect union…” and it is a task that never ends in citizen-led democracies.

I echo Secretary of State Michael R. Pompeo’s sentiment that “America is better than what we saw today,” and I remain committed to my oath to support and defend the Constitution of the United States – an oath I first took 30 years ago this October – and I will continue to well and faithfully serve my country and the democratic values shared by Gambians and Americans alike.