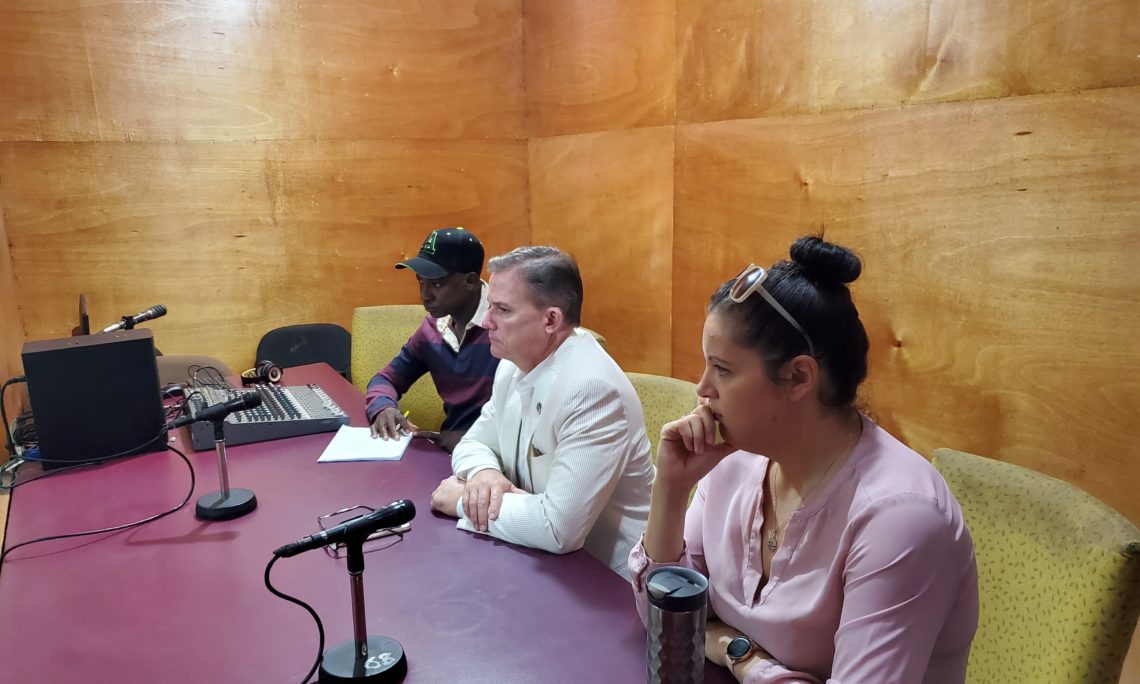 During his introductory trip to the Upper River Region – the farthest east of the Gambian regions – Ambassador Carl Paschall addressed communities via the most popular local media: radio.  The Ambassador appeared on the radio talk show “Development Forum” and discussed U.S. Support for The Gambia, detailing the many ways that The U.S. Embassy is engaged to support the government and people of The Gambia.  The Ambassador hailed the work of Peace Corps volunteers and thanked the communities who host them and make them part of their village communities and host families.  Public Affairs Officer Kathryn Edwards discussed the ways Gambians can be involved in U.S. Embassy activities.  The interview was translated into three local languages and reached Gambians in the central and upper river regions.  Communities up-river have limited access to the internet and mobile data packages are expensive, so they still receive most of their news via radio broadcasts from local stations.  The Public Affairs Section in The Gambia maintains positive relationships with journalists and media outlets throughout the country.  Opportunities, such as this interview, allow the Embassy to reach marginalized communities directly, counter disinformation, and improve the ties between the people of The Gambia and the United States.