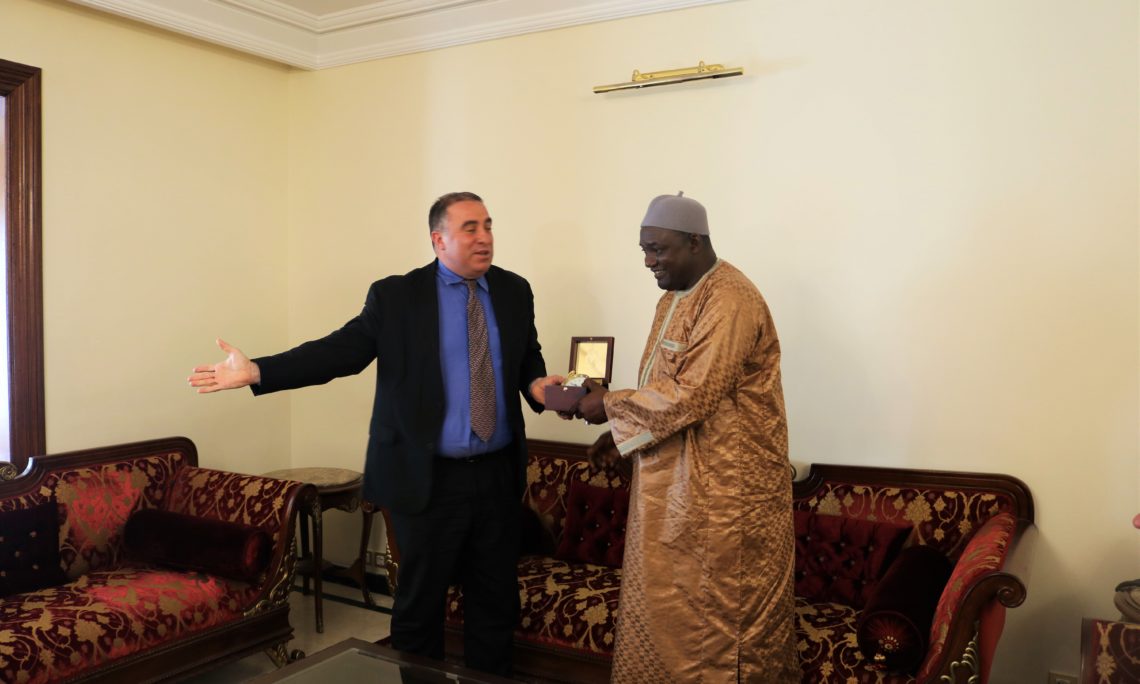 The highest ranking civilian at the United States Africa Command (AFRICOM) made an orientation visit to The Gambia on July 25, 2018. Ambassador Alexander M. Laskaris, who serves as the Deputy to the Commander for Civil-Military Engagement, held discussions with senior government officials on issues related to security sector reform and civil-military relations in The Gambia.

During his one-day visit, Ambassador Laskaris met with President Adama Barrow, Vice President Ousainou Darboe, National Security Adviser Momodou Badgie, and senior leaders of The Gambia’s military and security agencies. He gained insights into The Gambia’s objectives for security sector reform and progress on improving civil-military relations. While in the country, Ambassador Laskaris also met with members of the diplomatic corps and U.S. Embassy staff.

Ambassador Laskaris is a career diplomat with extensive experience in Africa. He is no stranger to the West African region, having served as the U.S. Ambassador to the Republic of Guinea from September 2012 to November 2015. During his distinguished career, he also served in Angola, Botswana, Burundi, Iraq, Kosovo, and Liberia and as advisor on African affairs to the U.S. ambassador to the U.S. Mission to the United Nations.