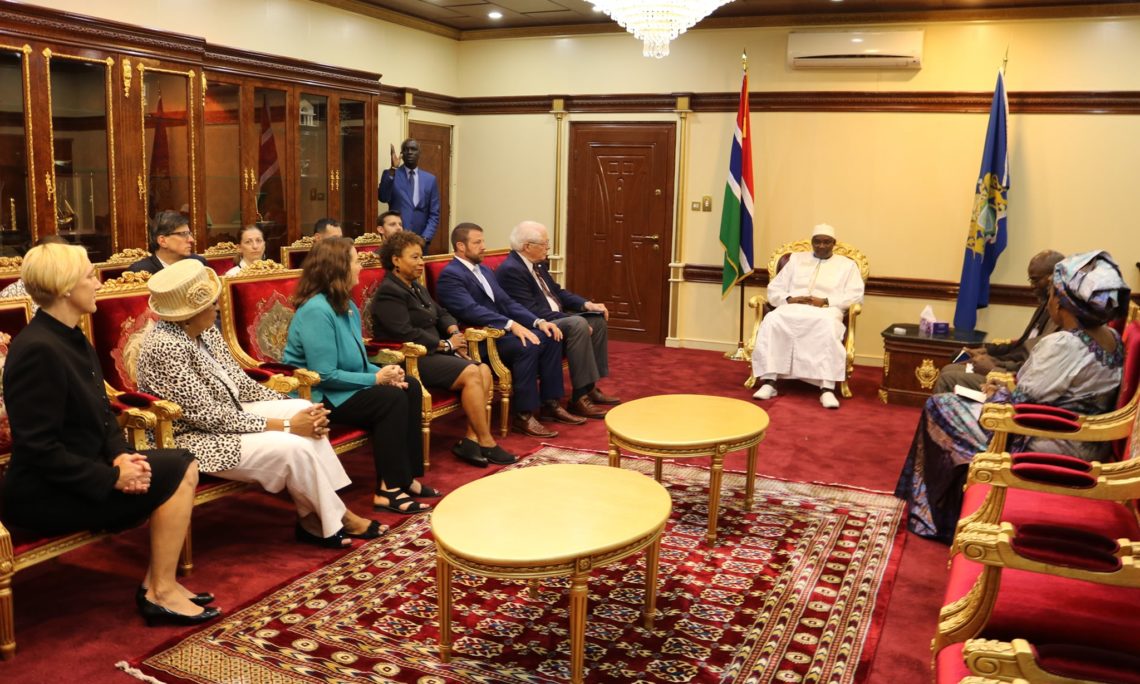 A House Democracy Partnership Congressional Delegation visited The Gambia on October 13 and 14.  The U.S. legislators were led by the HDP Chairman, Representative David Price of North Carolina and the delegation included Representative Markwayne Mullin of Oklahoma, Representative Barbara Lee of California, Representative Diana DeGette of Colorado, and Representative Alma Adams of North Carolina.  While in The Gambia, the delegation received briefings from the Embassy Banjul Country Team and Peace Corps volunteers and met the Marine Security Guard Detachment.  The delegation likewise engaged with numerous National Assembly members, the Ministers of Defense and Foreign Affairs, regional representatives, USG alumni, and members of civil society at a reception on Sunday evening.    The delegation met with His Excellency President Adama Barrow on Monday, before participating in a session with the Speaker of the Parliament and numerous parliamentarians in an open discussion to share best practices and discuss capacity building mechanisms and budgeting.  The mission of the U.S. House Democracy Partnership is to promote responsive, effective government and to strengthen democratic institutions by assisting legislatures in emerging democracies.  Central to their work is peer-to-peer cooperation to build technical expertise in partner legislatures and enhance accountability, transparency, legislative independence, access to information, and government oversight.