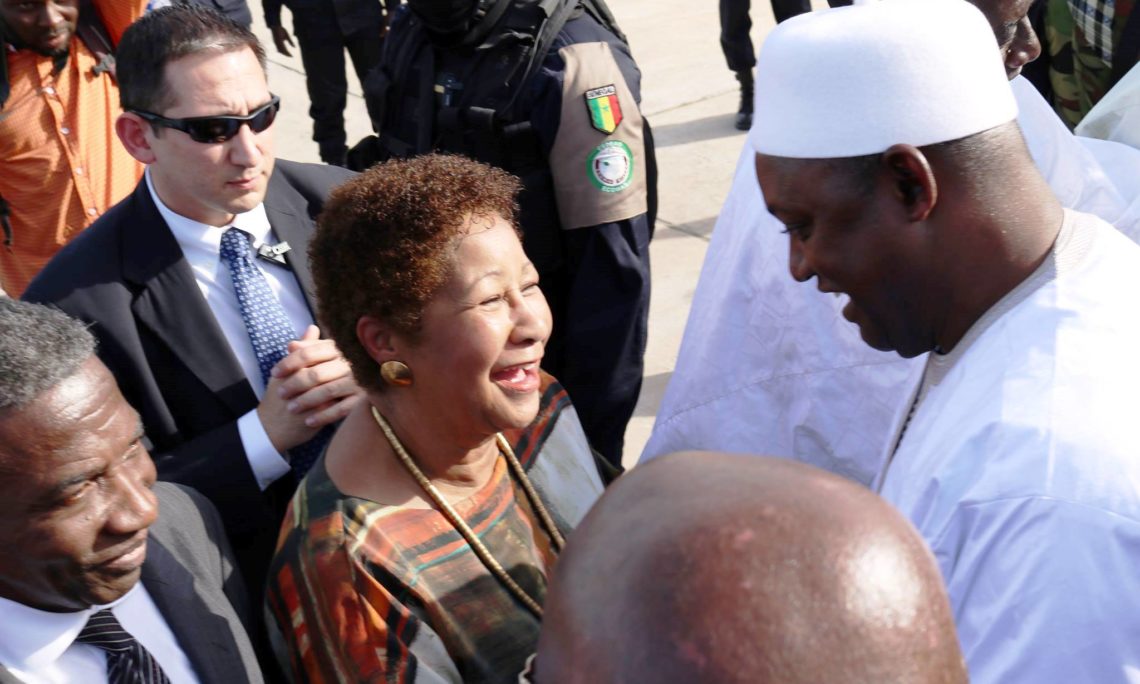 The United States Department of State has recently released its 2017 Human Rights Report, recognizing that The Gambia’s democratic transfer of power has resulted in “significant positive changes in the human rights climate.”

The democratic transfer of power (in 2016) resulted in significant positive changes in the human rights climate. Among President Barrow’s first acts was the release of 171 prisoners from the state central prison, a majority of whom were political prisoners. National Assembly members repealed the state of emergency declared by former president Jammeh during the political impasse a few days after Jammeh flew into exile on January 21. The new administration made several significant efforts to create a more conducive environment for freedom of expression. The Justice Department conceded that the country’s sedition law and some provisions (pertaining to criminal defamation and false publication on the internet) of the country’s internet law were unconstitutional. The country previously enacted legislation making both female genital mutilation/cutting (FGM/C) and child marriage illegal, although deep-seated cultural norms made the full eradication of these practices difficult. Several nongovernmental organizations (NGOs) and government agencies actively publicized the newly introduced laws in local communities.

Proceedings continued against nine former officials of the National Intelligence Agency (NIA) charged with the torture of protesters arrested in May and April 2016 and the subsequent killing of Solo Sandeng, an official of the UDP party; as of November their trials were underway. The government took steps towards establishing a Truth, Reconciliation, and Repatriations Commission (TRRC), led by the Ministry of Justice, to probe human rights abuses that occurred during President Jammeh’s administration. The National Assembly unanimously passed a bill in December that formally established the nine-member TRRC and outlined its composition, objectives, and functions. Also in December, the National Assembly passed a bill establishing an independent National Human Rights Commission.

The most significant human rights issues included: harsh and potentially life threatening prison conditions; arbitrary arrests; lack of accountability in cases involving violence against women, including rape and FGM/C; trafficking in persons; and child labor.
The government took steps to prosecute or punish some individuals who committed abuses. Nevertheless, impunity and the lack of consistent enforcement remained problems.”

The full report, including The Gambia country narrative, can be found online at: https://www.state.gov/…/…/hrrpt/humanrightsreport/index.htm…